In the middle of the entrenching tool there is an ovally formed hole through which a helve can be placed.

This is a replica of a 1908 British Army Entrenching Tool.
It is made of cast-iron and can only be on display, as it is too fragile and would break during usage.

the whole length is 30 cm 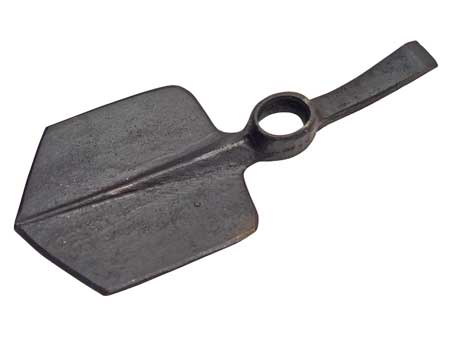