Currently out of stock


The WW British helmet known as Brodie helmet is a steel combat helmet designed and patented in London in 1915 by John Leopold Brodie. In modified form it became the Helmet, steel, Mark I in Britain and the M1917 Helmet in the U.S. Colloquially, it was called the shrapnel helmet, Tommy helmet, tin hat, and in the United States the doughboy helmet. Worn by Australians during WW2 and sometimes known as 'Panic Hat'It is completely wearable an dcan be used for costume dressing and reenactment purposes. 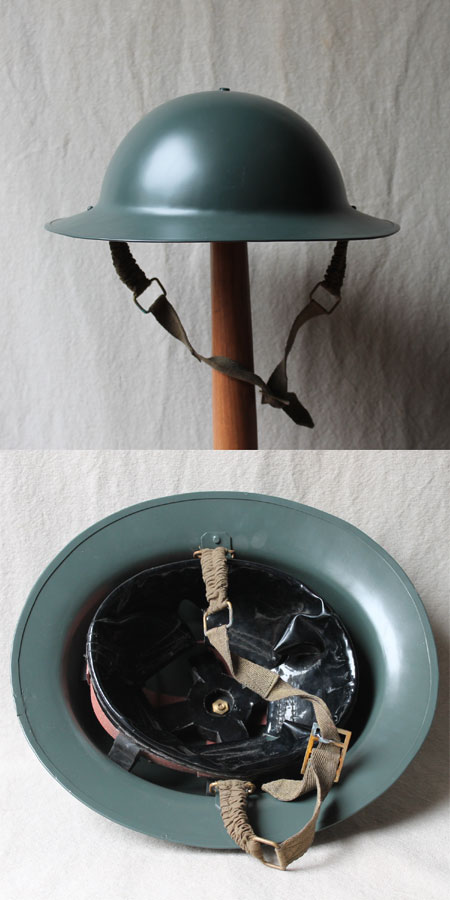